EMBERS AND THE GIANTS

About the project
Embers and the Giants presents an endangered old-growth forest during last light, articulated by thousands of floating embers of light. Initial impressions may be that we are witness to a rare and exceptionally beautiful display of fireflies or the embers from a forest fire out of frame. The longer viewers look, the more evident it becomes that we are not witnessing a natural spectacle. We are witnessing human intervention through thousands of tiny drones mimicking a natural spectacle, suggesting a time when we will need to amplify the spectacle of nature in order to convince the public of its worth.

Ancient trees on Vancouver Island, some of which are up to 2000 years old, are the rare remnants of industrial logging. Part of the Coastal Douglas-fir ecosystem, it is one of the most endangered in Canada. With most of the planet’s old-growth logged worldwide, it is home to now extremely rare giant trees, a vital part of the ecosystems which sustain wildlife, store vast quantities of atmospheric carbon, clean our waters and an important part of many First Nations cultures. Yet the loss of these irreplaceable forests continues at a pace three times faster than tropical rainforests are disappearing worldwide. 34 football fields of old-growth is logged every single day on Vancouver Island alone. Like these giant trees, with quickly dwindling numbers globally fireflies are also threatened with extinction.

Since the industrial revolution, we have measured progress through natural resource conversion. As a result, Earth has lost half of its wildlife within our lifetime. Some of the world’s top climate scientists are now claiming that if we don’t immediately halt actions contributing to climate change (through resource conversion, fossil fuels, etc), human beings will be added to the extinction list. We have until 2023 to radically shift our relationship with the living planet.

Embers and the Giants questions our calls for preservation at a time when large-scale environmental breakdown caused by climate change is not a case of if but when. The idea for the work was inspired by two news articles accessed in 2016 about threatened old-growth forests which, after the discovery of a natural spectacle (fireflies and giant trees respectively), successful cases for preservation were argued. Both areas are now extremely popular tourist destinations. In light of the terrifying fallout of continued, large-scale biodiversity loss worldwide, when are vital ecosystems worthy of preservation? How are we able to continue to justify their loss at such a critical juncture? Under what metrics is that justification measured? In the future, how will those metrics be viewed? What will our futures look like given current predictions?

From curator George Vasey’s essay on Embers and the Giants, “Climate change is a form of slow violence, enacted over many generations. While it is often difficult to grasp, its scars run deep. The urgency for artists is to make the abstract, concrete and paint a vivid picture in people’s minds. Richardson re-makes the sublime for the 21st century, presenting us with landscapes that merge the spectral and the spectacular. In doing so, she creates a kind of third space where technology and nature meet; where memory and visions of the future collide.

To paraphrase Audio Lorde, poetry turns language into ideas into tangible action. Likewise, Embers and the Giants’ emotional overtures is a call to action. Richardson turns looking into recognition into responsibility for the 48% of remaining biodiversity. She fixes our gaze so we can’t avert it any longer.”

About the commission
Public Access Collective and True Frame Productions came together to commission five new large-format digital film shorts in celebration of the 50th anniversary of the invention of IMAX. The theme for the commissioned program is in keeping with the cinematic genre typical of IMAX films: the larger-than-life landscape that forms an outer world. Participating media artists include: Oliver Husain, Lisa Jackson, Kelly Richardson, Michael Snow and Leila Sujir. The program, entitled Outer Worlds, premiered at Images Festival in April 2019 at the Cinesphere, the world’s first permanent IMAX movie theatre located in Toronto at Ontario Place.

Sincere gratitude to Pacheedaht First Nation for allowing us to film in their territory, Ancient Forest Alliance for their incredible guidance, Soule Creek Lodge and Mile Beach Cottages for their generous support with accommodation. 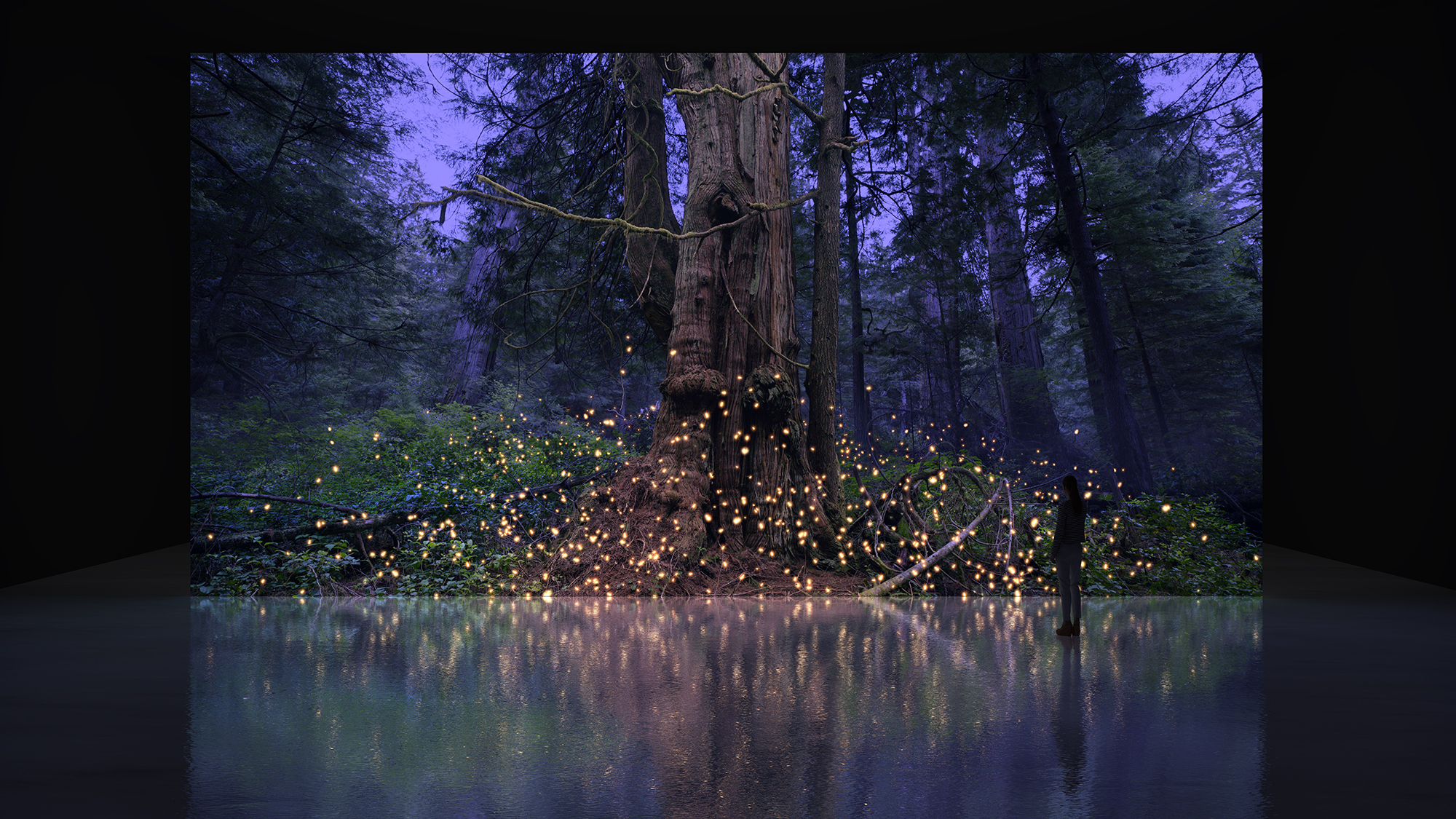