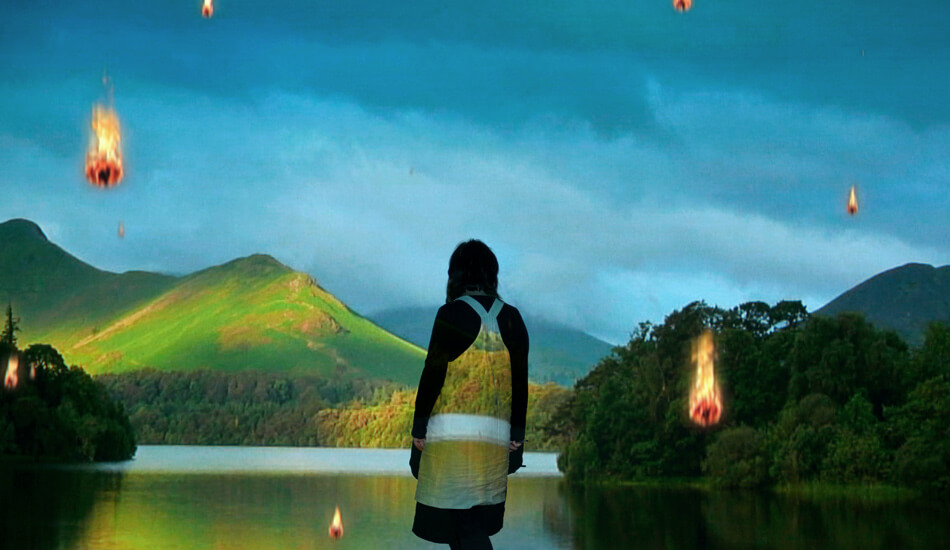 EXILES OF THE SHATTERED STAR

“In Exiles of the Shattered Star, a beautifully colour-saturated lake is the backdrop for a slow, majestic rain of fireballs, perhaps fragments of the star of the title. This piece points to Richardson’s odd penchant for classic romanticism, pitting as it does the sublime beauty of the landscape against the terrifying, tragic certainty of mortality.” David Jager for Canadian Art

“Deep in the English Lake District, the world as we know it is coming to an apocalyptic end. Or is it? Is this an asteroid rain-shower, where remnants of another place are flying towards earth? If so, why are the rocks falling onto this earthly paradise in graceful arcs, at a gentle and even peaceful pace? Inhabiting a place between fantasy and reality, the work evokes images from both science fiction, and the Old Testament. Exodus describes the seventh plague as a destructive and supernatural storm, showering the earth in flaming rocks: “hail and fire came down on the earth”. Richardson has described one of her key interests as being “the apocalyptic sublime” – in imaginative visions of how the world will end. Such ideas have had currency in both modern cinema (such as ‘The Day After Tomorrow’) and in modern literature (from JG Ballard to Conor McCarthy) but are seldom represented in the visual arts.” Alistair Robinson, from book ‘Kelly Richardson: The Last Frontier‘ 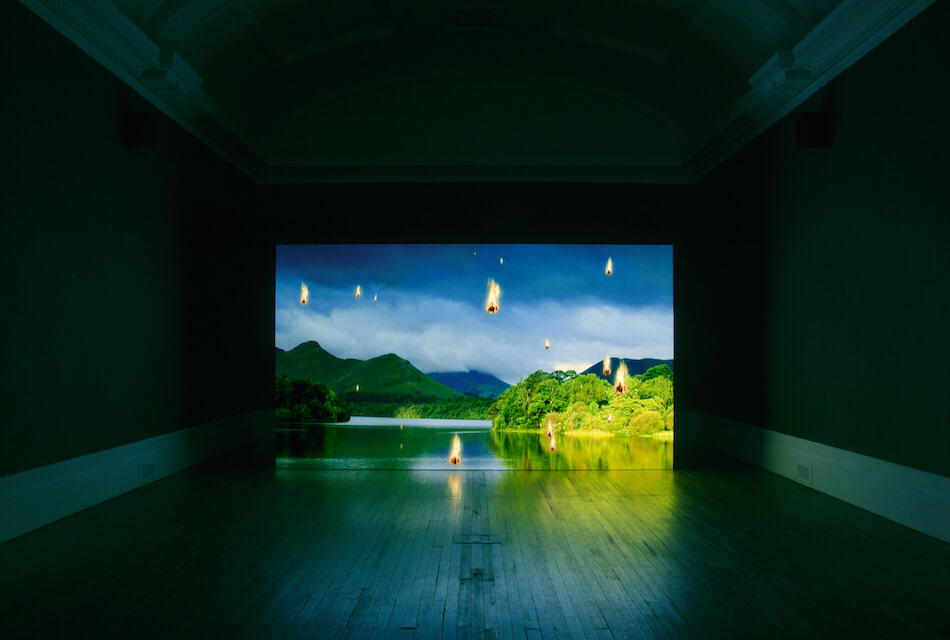