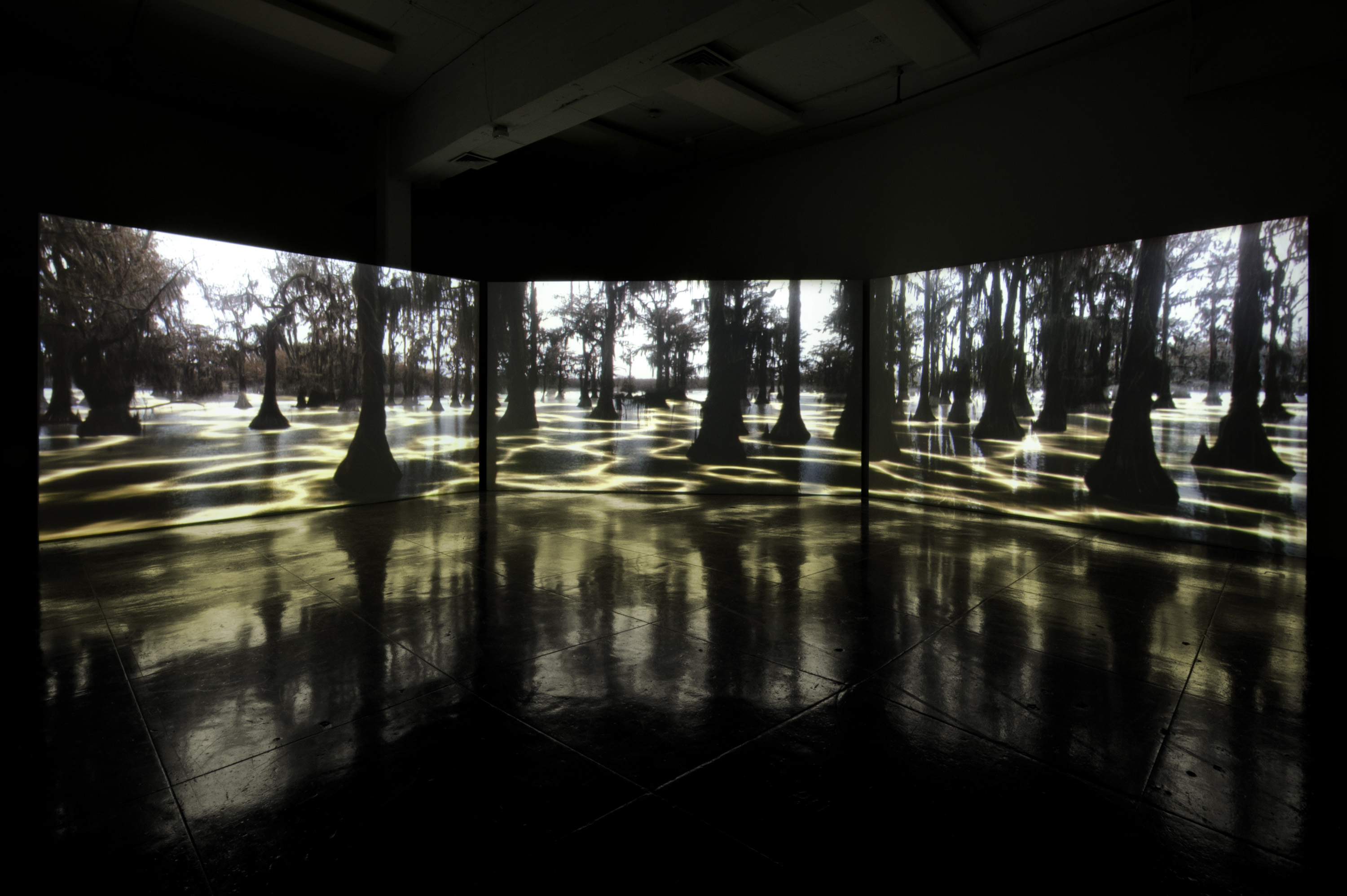 Leviathan, a high-definition triple-channel video by Richardson, is a 20-minute loop of footage shot on Caddo Lake in Uncertain, Texas. The video displays the area’s indigenous bald cypress trees in their swamp environment. However, Richardson digitally enhances the composite image by color grading the water with undulating ribbons hued a glowing yellow green and replacing expected nature sounds with an ominous soundtrack. Utilizing the format of a triptych, the landscape is presented from a single vantage point, like a painting set into motion.

Richardson’s manipulation of the video suggests several foreboding plot lines: the birth of primordial life, the emergence of an evil aquatic creature, or a post-apocalyptic Earth. The title itself (Leviathan) alludes to several textual references including a serpent sea monster from the Bible who is the gatekeeper to hell, Thomas Hobbes’s 1651 philosophical treatise, and a 1989 sci-fi film of the same name. These references become particularly relevant in the wake of environmental atrocities including the 2010 BP oil spill and, most recently, the earthquake and impending threat of nuclear disaster in Japan. Employing postmodern intertexuality, Richardson draws on the tradition of Leviathan as myth and metaphor encouraging the viewer to meditate on the possibilities of the implied narrative.”