“Equal parts sci-fi myth and forest fable, dreamy nocturne and dazzling special effect—Kelly Richardson’s Twilight Avenger begins with a fairytale-worthy image of a misty, moonlit forest clearing inhabited by a majestic stag who emanates a luminous green vapour. Quietly grazing amidst the ambient chatter of other forest dwellers (the hoot of an owl may portend an imminent threat) our protagonist occasionally rears his head, shifting his gaze towards us.

Like much of Richardson’s work, Twilight Avenger poses multiple questions amidst its calculated ambiguities. The scene is at once visually convincing and obviously synthetic, peaceful and disquieting, shifting between stillness and action. As the scene unfolds, questions remain whether the protagonist is some sort of forest sentinel, as the title implies, or perhaps a victim of a man-made mishap.

Ultimately, Richardson leaves such questions unanswered, leveraging our belief in the visual document with the evocative power of the imaginary. Through painstaking application of digital effects to documentary images (Richardson filmed the deer and landscape elements in Canada and England respectively) she invites us to question the integrity of images and asks viewers to consider our increasingly mediated relationship with nature.” Matthew Suib, Screening Gallery 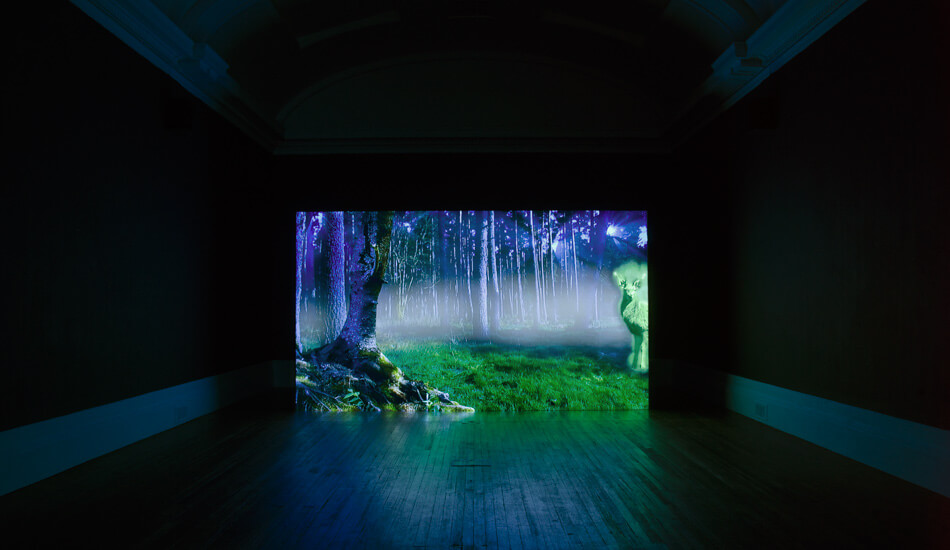