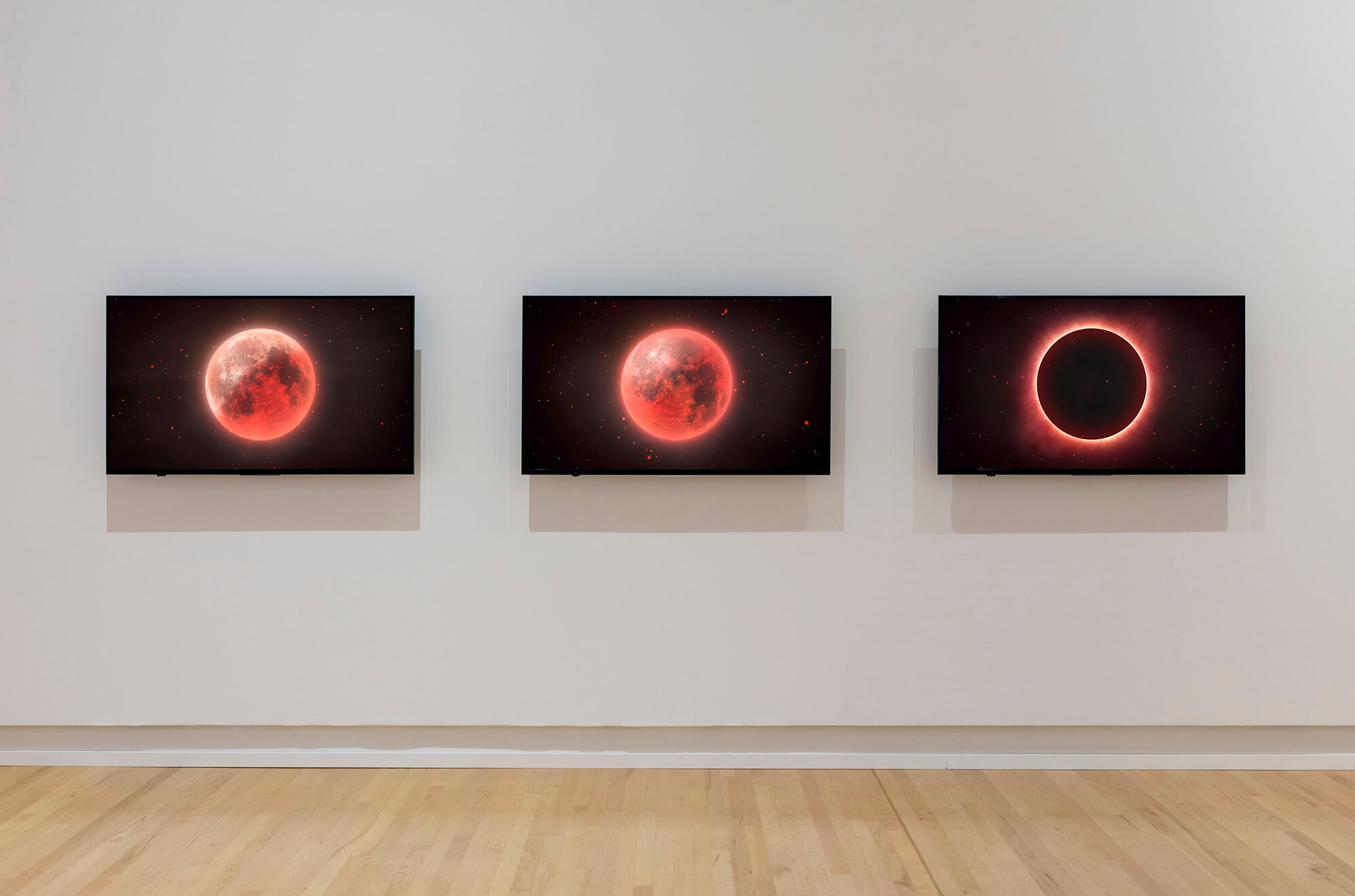 23 years after producing Camp, the promise of what summer brings has changed. HALO II presents a full, bright red moon distorted once again by heat rising from something burning and crackling out of shot. Embers float around and smoke swirls.

Past, present and future, the HALO trilogy references the significant feedback loop we are now in after decades of warnings. Campfires are now banned in the summer in British Columbia (where I live). With severe, extended droughts being the new normal, the risk of wildfire is extreme. Compounding the threat, 2021 produced record temperatures reaching a staggering 49.6C, smashing the previous record by 4.6C. It is set to be the 3rd worst fire season on record, all of which were recorded within the last 5 years. Simultaneously, the UN declared that it is code red for humanity as a result of climate change. 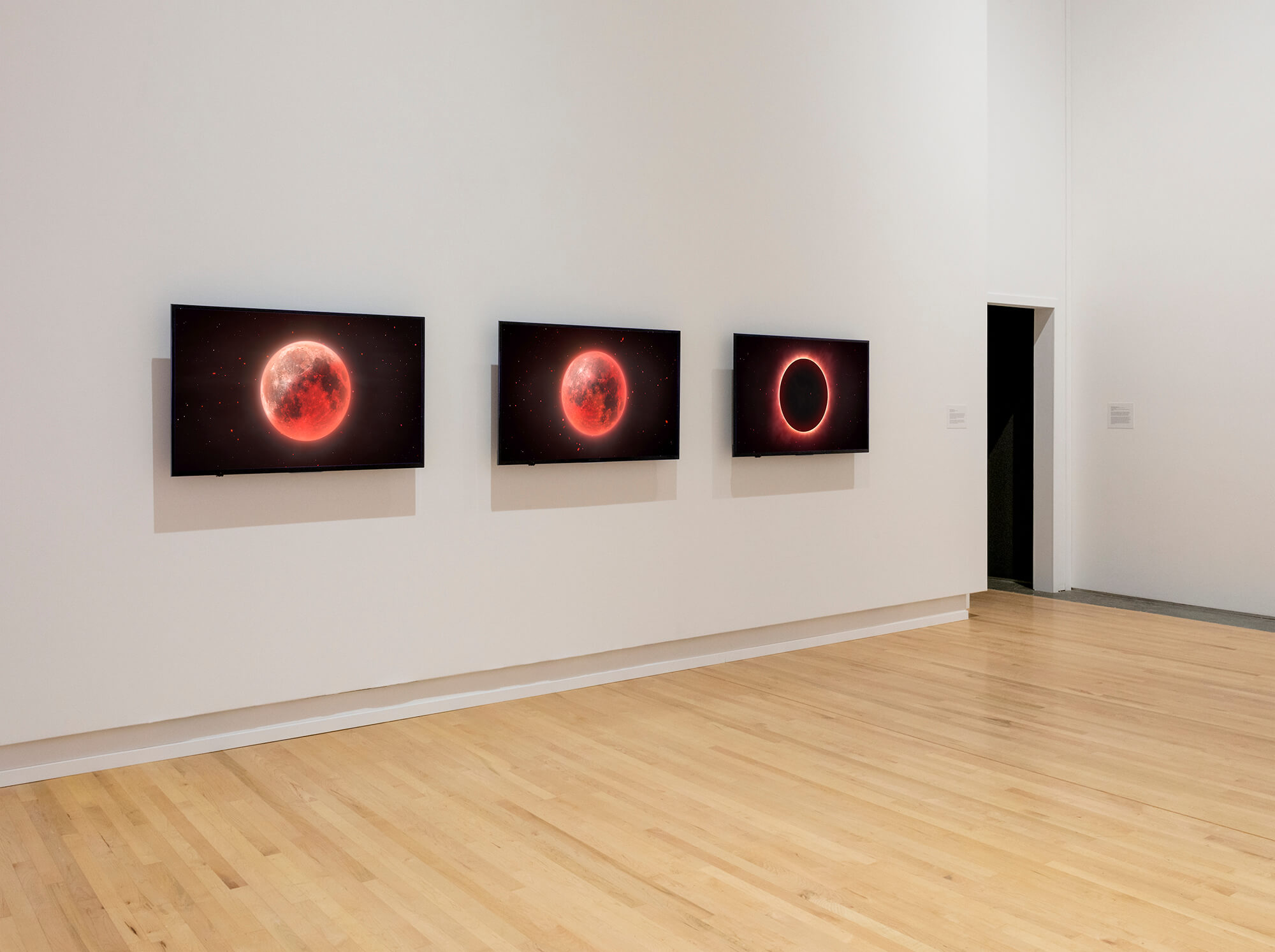