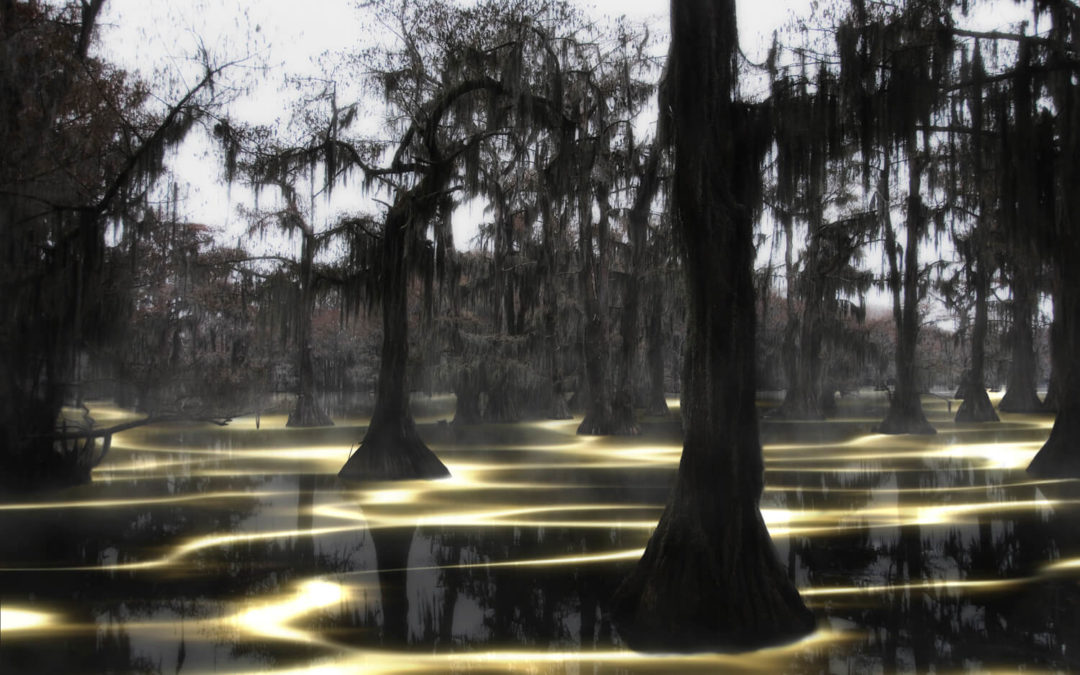 Opening Reception: Thursday, May 23 at 7 pm

Anchored by the Art Gallery of Guelph’s major Tom Thomson canvas of the same title, the exhibition The Drivesituates the work of Thomson, the Group of Seven, and their peers in relation to diverse Indigenous and Canadian artists in order to highlight the complexity of the representation of landscape – particularly as it relates to the land and the history of resource development.

Thomson’s The Drive (1916-17) is considered to be among the artist’s most significant paintings, featuring the logging industry in Algonquin Park, a common subject for the artist and one often overshadowed by his paintings of seemingly untouched landscapes such as The Jack Pine (1916) and The West Wind (1917). Based on a sketch produced in the summer of 1916 when Thomson was employed as a fire ranger in the park, the canvas depicts a massive flow of timber emerging from a dam at Grand Lake near Achray in Canada’s oldest provincial park. Figures atop the dam guide logs through a narrow gap in the structure, carrying the harvest towards the Ottawa River. Logging dams were a favourite fishing site for Thomson as seen in the renowned photograph of the artist fishing at the foot of Tea Lake Dam taken by Lawren Harris in 1914.

The painting captures the intensity of logging in a park that had already been widely clear cut in Thomson’s day. The industry was the primary shaper of the landscape Thomson painted and made famous, defining this landscape as postindustrial, not the untouched wilderness it is so often described as. The work also offers the lens through which other works of art such as Algoma and Lake Superior paintings by Lawren Harris, A.Y. Jackson’s depictions of mining settlements, and agricultural scenes and views made accessible by rail by J.E.H. MacDonald, are considered and contextualized within the exhibition. Complemented by the work of Indigenous and Canadian artists including Sonny Assu, Christi Belcourt and Isaac Murdoch, Bob Boyer, Edward Burtynsky, Bonnie Devine, Robert Houle, Isuma, Sarah Anne Johnson, Daphne Odjig, Kelly Richardson, Don Russell, Frank Shebageget, Peter von Tiesenhausen, and Lawrence Paul Yuxweluptun, the exhibition documents the effects of colonization and changing relationships to the land through creative interventions that advance ecological sustainability and environmental justice.

Curated by Shauna McCabe and Brian Meehan, this circulating exhibition is organized by the Art Gallery of Guelph with the support of the Department of Canadian Heritage, Canada Council for the Arts, and Ontario Arts Council, and in conjunction with Confederation Centre Art Gallery, Museum London, and Thunder Bay Art Gallery.