For the Benefit of All (double LP)

For The Benefit Of All is a limited edition double LP by British musicians Tom Morris & Jo Quail which was inspired by Kelly Richardson’s video installation Mariner 9.

The story of For the Benefit of All is a fascinating one, and an early example of music created through the lens of COVID-19, a work whose development and creation could not have taken place without this unique modern factor. A collaboration between two artists well-known to the dunk! audience, this record was initially conceived of with an entirely different intention, execution, and platform in mind. Originally meant for live performance at the “Forgotten Futures” arts festival run by John Helps (maybeshewill, Robot Needs Home), the largely ambient concept proposed a combination of minimalist sound, sparse visuals, intermittent text, and collaborative improvisation between Morris and Quail. Despite having crossed paths on tour a number of times, this was to be not only their first performance together, but their first meeting, lending a certain excitement and adventurous spirit to the event. Inspired by Kelly Richardson’s “Mariner 9,” a modern artistic exploration of a distant future on Mars following its abandonment by humans after years of attempted colonization, For the Benefit of All transports its audience to years past, present and future. It sketches a fragmented timeline that leaves the listener with several clues and a vast space in which to piece together the narrative that ultimately yielded a world inhabited only by the forgotten remnants of those who attempted in vain to harness it.

Unfortunately, this performance never came to fruition, as the COVID-19 pandemic led to the cancellation of the festival. For a moment it seemed the music would go unheard; while the festival was rescheduled for 2021, Richardson’s exhibit would have moved elsewhere and the immediacy and relevance of Morris and Quail’s compositions would likely have begun to fade by that time. However, rather than abandon the project, Morris decided that he had enough raw material composed to push forward and reimagine the music as a record. Quail agreed to continue the partnership remotely, which in a way maintained the improvisational sensibilities the project was meant to carry, with each artist bringing their unique vision to the material from different locations. In its transition from live experiment to vinyl release, For the Benefit of All has taken on more structure and concept than it likely would have had in its original intended form, making it a particularly idiosyncratic and valuable item for fans of both artists, of dunk!records, and of ambient soundscape recordings alike.

What was once more of an unbroken atmospheric piece has now flourished into something with greater diversity and conceptual consideration. In both the song titles and audio samples, nods to various science fiction authors and space explorers abound, allowing For the Benefit of All the opportunity to expand beyond its central narrative. Shifting tones, slowly layered textures, the push and pull between dissonance and melody, all these nuances give the record a special quality, one that invites reflection while never loosening its grip on the listener. There is dramatic tension in tracks like “1972 (A Map From Mariner 9)” and “2164 (Death Is Progress),” surprising, understated but impactful beauty in “2020 (My Battery Is Low, and it’s Getting Dark)” and “2068 (A Cold War),” a drifting, evolving unease in “1610 (The Polymath and Pisa),” and even moments of pulsing rhythmic movement on both “2016 (The Settlers)” and “2212 (We Had it in Our Hand this Whole Time).” Considering the vast journey this music has embarked upon since its genesis and its minimalistic yet intriguing delivery, it is appropriate that For the Benefit of All covers such an expansive and complex timeline in a manner that seems to value the creation of vast spaces for audience interpretation at least as much as telling the story itself. This fascinating, one of a kind record should be seen as a jewel worthy of studding every dunk!records devotee’s collection. 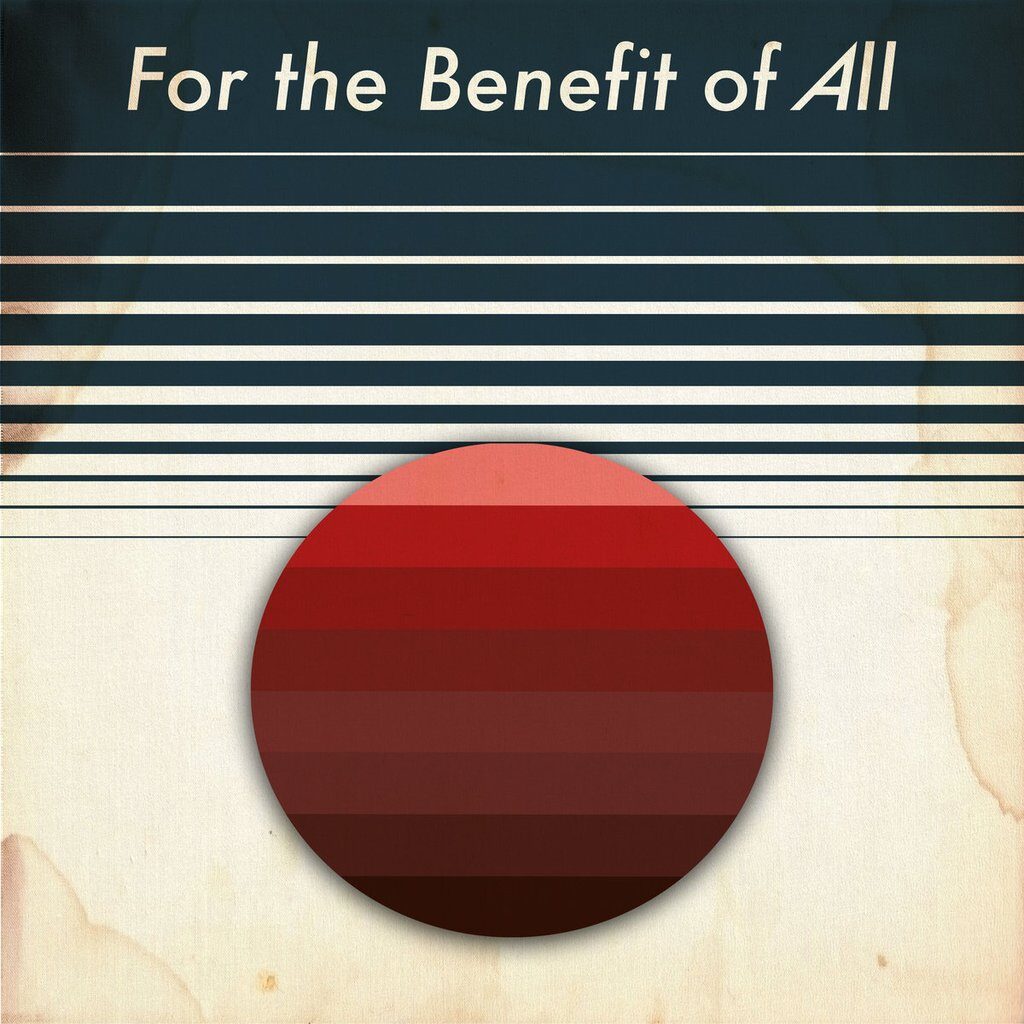 This is a preorder item. Estimate shipping in August.