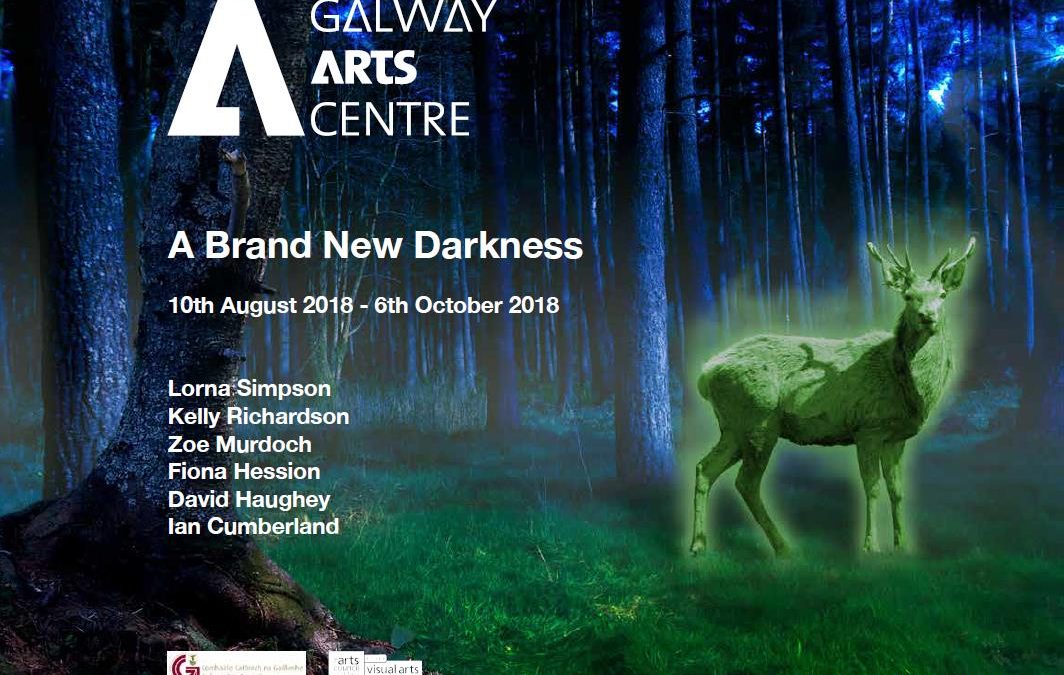 A Brand New Darkness is inspired by The Reptile House E.P  by the iconic Leeds based group The Sisters of Mercy. The title comes from a verse in the song Lights:

The lights shine clear through the sodium haze
The night draws near and the daylight fades
Ignore the voices, discard the day
For the brand new darkness, for the bright new way. [Lights]
Written in the midst of the Thatcher years in Britain and the Cold War and heavily influenced by the poetic abstraction of T.S Eliot, The Reptile House E.P was to that point at least the band’s most political work. It envisages an apocalyptic society (half reality, half the narrator’s (Andrew Eldritch) amphetamine fuelled brain) in which drugs, reality television and the smack of firm government meet to control and cull the populace:
A shiny love song a quick incision
Cut him down on television
A people come to this
Beyond the age of reason. [Valentine]
This was released in 1983. Very prophetic. The work in the exhibition gives us a glimpse of a similar world both real and two steps from reality. Obviously we’re not in the 1980s and there have been many political, social, economic and technological revolutions since. Implicit in one definition of ‘revolution’ though is something circular so we are all once again back in the midst of often vitriolic discussions of race, gender, identity, sexuality, and environment. Even the language of the Cold War has returned.
Featuring Lorna Simpson, Kelly Richardson, Zoe Murdoch, Fiona Hession, David Haughey and Ian Cumberland, this show explores various apocalypses both micro and macro though of course even the most personal apocalypse is by its moniker world-changing. In the Abridged tradition it doesn’t preach or offer answers. Rather it suggests paths to take, eco-systems to explore. To find or lose yourself in.
Abridged is supported by the Arts Council of Northern Ireland.
Image: Kelly Richardson. Still from Twilight Avenger.