NGC at Art Gallery of Alberta 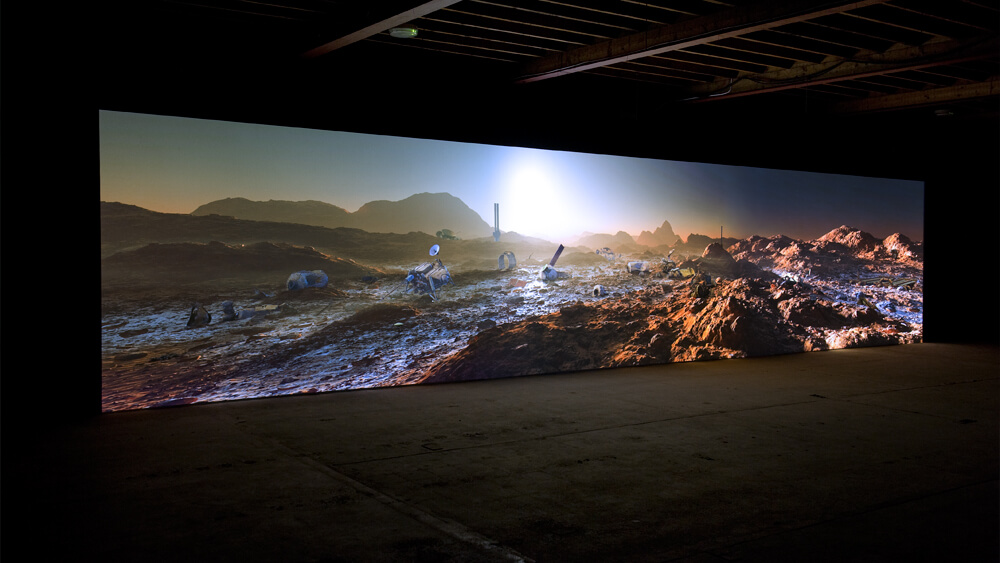 Since 2010 the National Gallery of Canada has presented its most recent acquisitions of contemporary art in Biennial exhibitions that highlight leading examples of Canadian and Indigenous art-making. In 2017, for the first time, works by international contemporary artists will also be featured, many of which form the foundation of this unique partnered exhibition of the Canadian Biennial, presented at the Art Gallery of Alberta as part of the ongoing “NGC@AGA” partnership.

Entitled, Turbulent Landings: The NGC 2017 Canadian Biennial at the AGA features a diverse spectrum of artworks including painting, sculpture, drawing, photography, video and mixed-media installations created by some of the Canadian and International art worlds’ most luminary and influential artists including: John Akomfrah, Mark Bradford, Julie Mehretu, Chris Ofili, Wael Shawky, Hajra Waheed, and the late Beau Dick, whose works have all been acquired for the national collection since 2014. Major pieces by Shuvinai Ashoona and John Noestheden, Rebecca Belmore, Edward Poitras and Kelly Richardson, which were presented in previous Canadian Biennials and in Sakahan, the National Gallery’s first quinquennial exhibition of international Indigenous Art in 2013, are also featured.

Together, the works in Turbulent Landings extend upon the subjects and themes addressed by artists across the 2017 Canadian Biennial in both venues, issues of great consequence at home and abroad, from migration and the environment, to the effects of globalization and the tragic legacies of colonialism.

Turbulent Landings: The NGC 2017 Canadian Biennial is curated by Catherine Crowston, Josee Drouin-Brisebois and Jonathan Shaughnessy and produced by the Art Gallery of Alberta and the National Gallery of Canada as part of the “NGC@AGA’ exhibition series.