Pillars of Dawn on the cover of Arc Poetry Magazine 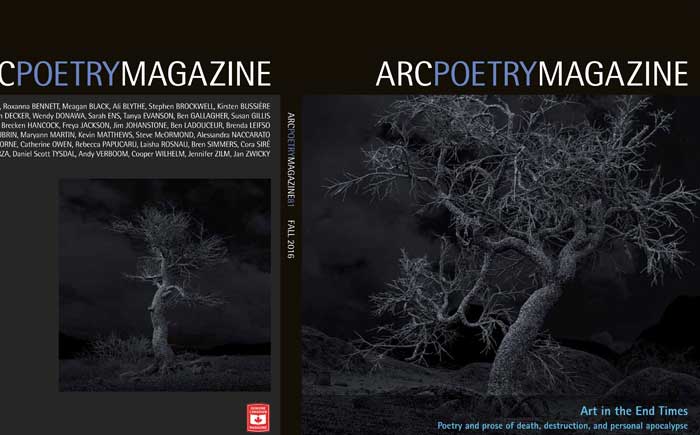 Part of Kelly Richardson’s new series of works entitled Pillars of Dawn is currently featured on the cover of the Fall issue of Arc Poetry Magazine.

This spe­cial issue of Arc con­tains poet­ry that wit­ness­es the ruin of the earth’s cli­mate, or rumi­nates on the loss of human life, or hopes for some change and sav­iour before human­i­ty’s com­plete and total col­lapse into obliv­ion. If you think that things can’t get any worse, Arc‘s “Art in the End Times” issue con­tains mul­ti­ple pre­dic­tions for what might come in our grim future.