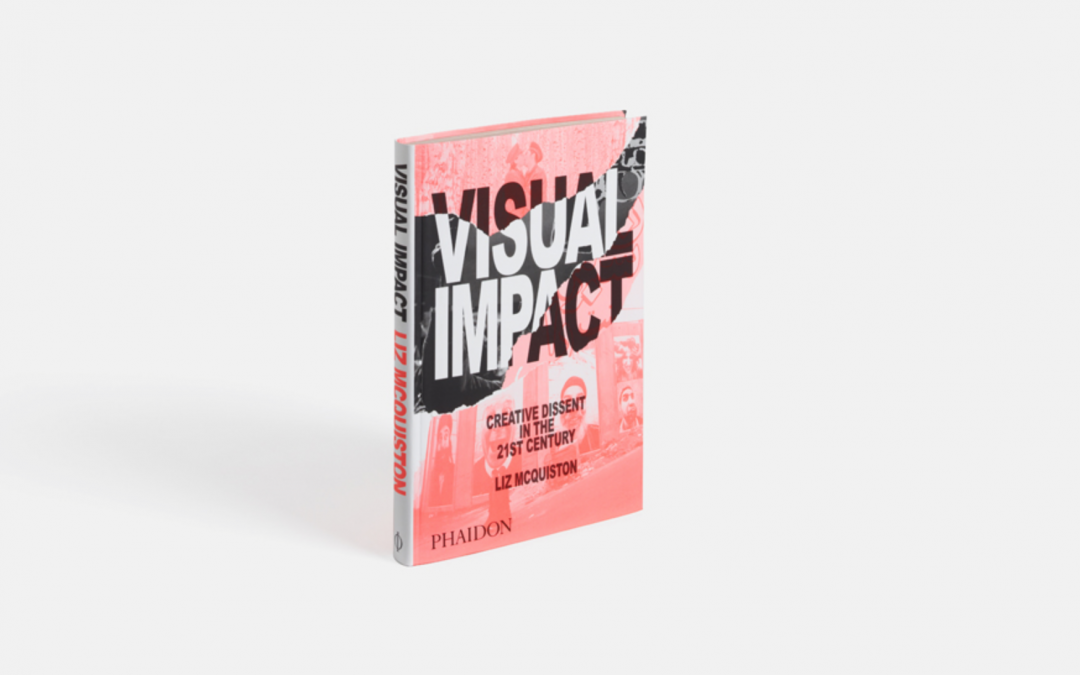 Kelly Richardson’s work is included in the PHAIDON’s new publication Visual Impact: A Creative Dissent in the 21st Century.

An accessible and richly illustrated exploration of how art and design have driven major social and political change in the 21st century. Written by Liz McQuiston. Published by PHAIDON

Features the work of over 200 artists, from the famous such as Ai Weiwei and Shepard Fairey, to the anonymous influencers working through social media.

Richly illustrated with over 400 images, this is a visual guide to the most influential and highly politicised imagery of the digital age.

Explores themes and issues such as popular uprisings (the Arab Spring, the London Riots) social activism (marriage equality), and environmental crises (Hurricane Katrina), as well as the recent Je Suis Charlie protests Global in outlook, it features exciting work from emerging economies such as Brazil, Russia, China and the Middle East, as well as the US and Europe.

“An accessible and richly illustrated guide to the most influential and highly politicised imagery of the 21st century. Sounds good to me.” —Huffington Post

“A tremendous amount of material from around the world since 9/11. All of it is carefully and accurately contextualised.” —Eye

“Art and graphic design is driving social and political change in the 21st century [Visual Impact] uncovers common themes about use of technology and the role of the designer. …the consumer now has to pick through a barrage of images and content to work out what is relevant and important – something this new book does in style. …There’s also a fascinating and very timely study of protest posters and artwork documenting the ongoing conflict in Syria.” —Design Week

“Visual protest continues to be a vital part of any social movement… [McQuiston] makes an excellent case that trained and dedicated designers, artists and photographers are continuing to produce visual dissent of great inventiveness and power. …an immensely thorough selection of international projects.” —Creative Review